This site uses cookies to make it work, enhance your user experience, and to track usage of the site. If you are happy to consent to this use please click the Accept All Cookies button and you will not see this message again. If you click on the Choose Cookies you will be able to choose what cookies are used. Learn more about how we use cookies

You may choose what cookies are used by checking/unchecking the the boxes below.

The threats to our oceans are huge and getting worse and our members see this in all latitudes of the world.

The marine habitat is degrading through pollution from chemicals, plastics and the extensive use of agricultural and horticultural nutrients. In turn, this is leading to species extinction and biodiversity loss. This is compounded by illegal fishing, overfishing, and careless and unnecessary bycatch.

Moreover, every year ghost nets (commercial fishing nets that have been lost, abandoned, or discarded at sea) are responsible for trapping and killing millions of marine animals including sharks, rays, bony fish, turtles, dolphins, whales, crustaceans, and birds.

Some of the most evident degradation of the marine environment is witnessed in the damage and destruction of coral reefs. As cruisers, we all know that healthy coral reefs are teeming with life and many thousands of species depend on coral reefs for their continued existence.

The massive global industrialisation over the last 200 years has brought considerable economic and social benefits for many people all over the world, but at the same time the concentration of carbon dioxide (CO2) in the atmosphere has increased due to the burning of fossil fuels and land use change. About 30 percent of the CO2 that is released in the atmosphere is absorbed by the oceans, and as levels of atmospheric CO2 increase, so do the levels in the ocean.

CO2 causes seawater to become more acidic and reduces carbonate ions which are essential for the growth of sea shells and coral skeletons, threatening such as oysters, clams, sea urchins, shallow water corals, deep sea corals, and calcareous plankton. In addition, acidification decreases the ability of some fish, such as clown fish, to detect predators and can add a further threat to marine ecosystems.

One of the biggest threats to ocean cruisers comes from weather pattern disruption, caused by climate change. As the temperature increases, more and more sea ice is lost, with a rapid thinning of ice now taking place in the Arctic - the region is warming at three times the global rate and its ice is essential for keeping the planet cool. This is now affecting the large system of ocean currents in the Atlantic – which includes the Gulf Stream, otherwise known as the Atlantic Meridional Overturning Circulation, or AMOC, which transports warm, salty water from the tropics northward at the ocean surface and cold water southward at the ocean bottom. If that system collapses, it would lead to dramatic changes in worldwide weather patterns.

Furthermore, sea ice loss leads to rising sea levels which pose a very serious threat to coastal communities and the people of low-lying islands and countries.

The WWF is calling on the world’s governments to extend legal protections for marine wildlife such that they overlap the “blue corridors” or "whale superhighways". As cruisers, we are more attuned to food sources than most. We fish responsibly taking only what we need for our own sustenance at sea. But wild fish stocks are under pressure. Can aquaculture help? An analysis of recent Ocean Heat Content (OHC) changes through 2021 by two international groups shows the ocean was the hottest ever recorded by humans.

Saving our oceans from toxic chemicals and microplastics

The new Earthshot environmental prize initiated by Prince William has been awarded to 5 innovators including Coral Vita, who grow coral on land to return to the sea. The Ocean Cleanup Gets Underway 20th of October

The day has come to celebrate the beginning of the end of the infamous Great Pacific Garbage Patch. 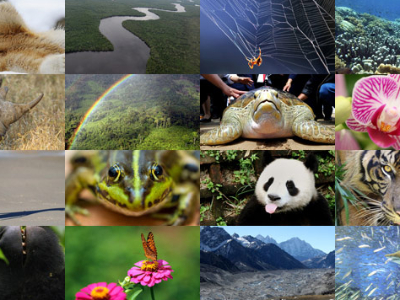 Biodiversity under threat alongside climate change

The Sixth Status of Corals of the World 2020 report is the first since 2008, and the first based on the quantitative analysis of a global dataset contributed by more than 300 members of the network. All drains lead to the sea - Clean Sailors on greywater

When we wash dishes, take a shower, brush our teeth and clean our boats, guess where our wastewater ends up? Yup, the sea. So, let’s talk about ‘greywater’. Researchers have completed a comprehensive online atlas of the world’s coral reefs by using more than two million satellite images from across the earth. 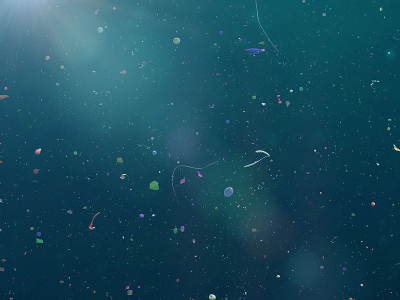 What we mean when we say: 'Microplastics'

We've all heard of them, but what do they mean for us and the waters we sail? Sailors, forget the saying "out of sight, out of mind"; just because we cannot see them, doesn’t mean they aren't there.

Your access to and use of the Information and/or submission of information to the OCC’s websites is governed by these Terms and Conditions to which all users of the OCC sites must agree. By accessing or using information from any OCC site, you agree to be bound by these terms, which shall take effect immediately on your first access or use. If you do not agree to be bound by all of the following terms please do not access, use and/or contribute to the OCCs websites. The provision of your access to the Information does not constitute an agreement or contract between the OCC Parties and you.